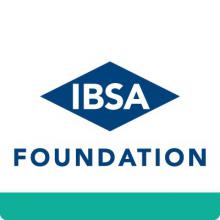 "One of the most exciting aspirations of modern medical science is the possibility of regenerating every single damaged part of the human body. The idea of tissue regeneration first appears in the 5th-century B.C. Prometheus narrative written by Aeschylus. Prometheus stole fire from Olympus and gave it to human kind, thus infringing a hard and fast rule of the ancient gods. In revenge, Zeus chained Prometheus to the side of Mount Caucasus, where a vulture preyed daily on his liver, which was renewed during the night. The tribulation would be resumed the next morning. Fortunately, Prometheus’ skin and liver were ready for the daily regeneration, since both these organs possess the highest regenerative potential in the entire human body. As a dramatist, Aeschylus was likely to ignore molecular and cellular mechanisms behind wound healing or liver regeneration; that choice, however, was not accidental, because if the vulture had chosen a different organ on which to dine, e.g. brain or heart, poor Prometheus might not have survived his ordeal. Nowadays we all know tissues have the ability to regenerate themselves and possess reserves of special cells, which are prepared to renew or repair them in case of damage. These are the stem cells. The “Stem cell therapy: hype or hope?” Forum was aimed to define the current state of the art in the biology of stem cells, while highlighting certainties, hopes and illusions hidden behind potential stem cell therapies. Several questions remain unanswered: What can be cured with stem cells? If different tissues possess a stem cell compartment why several tissues fail to regenerate under pathological conditions? The answer to the first question is, not much! So far, there have been just a few examples of clinically proven stem cell therapies, including those treating skin and corneal burns, cartilage and bone graft and those treating some types of blood cancers.
Moreover, the hostile microenvironment characterizing various affected tissues might have an influence on survival of stem cells and limit their efficacy. Today, we know one thing for certain: stem cells “cure” tissues in which they reside. Skin stem cells cure skin burns; corneal limbus stem cells cure corneal damage, e.g. cauterization; hematopoietic stem cells cure blood cell diseases. The idea to cure neurodegenerative diseases, such as ALS, multiple sclerosis and spinal cord injuries, as well as to form neurons by means of mesenchymal stem cells (deputed to form bone, cartilage and adipose tissue) is sheer fantasy and a dangerous illusion. An effective treatment is focused on the full understanding of benefits, risks and limits of stem cells. Therefore, it is puzzling to witness this muddled situation, in which medical practice, legal disputes and political powerlessness are mixed together. Providing patients with safe, effective, non-commercial therapies should be researchers and clinicians’ main concern."