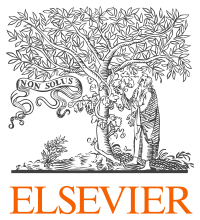 News votes:
0
No votes yet

"To celebrate 30 years of peer-reviewed publication of cutting edge stem cell research in Stem Cells, the first journal devoted to this promising field, we pause to review how far we have come in the three-decade lifetime of the Journal. To do this, we will present our views of the 10 most significant developments that have advanced stem cell biology where it is today. With the increasing rate of new data, it is natural that the bulk of these developments would have occurred in recent years, but we must not think that stem cell biology is a young science. The idea of a stem cell has actually been around for quite a long time having appeared in the scientific literature as early as 1868 with Haeckels’ concept of a stamzelle as an uncommitted or undifferentiated cell responsible for producing many types of new cells to repair the body [Naturliche Schopfungsgeschichte, 1868; Berlin: Georg Reimer] but it took many years to obtain hard evidence in support of this theory. Not until the work of James Till and Ernest McCulloch in the 1960s did we have proof of the existence of stem cells and until the derivation of embryonal carcinoma cells in the 1960s–1970s and the first embryonic stem cell in 1981, such adult or tissue-specific stem cells were the only known class. The first issue of Stem Cells was published in 1981; no small wonder that most of its papers were devoted to hematopoietic progenitors. More recently, induced pluripotent stem cells (iPSCs) have been developed, and this is proving to be a fertile area of investigation as shown by the volume of publications appearing not only in Stem Cells but also in other journals over the last 5 years. The reader will note that many of the articles in this special issue are concerned with iPSC; however, this reflects the current surge of interest in the topic rather than any deliberate attempt to ignore other areas of stem cell investigation."